Shannon Dunne ​​plays Irish traditional music on the concertina​, piano,​ and ​B/C ​button accordion.  She has a measured, even style nurtured by the influence of ​concertinists ​Gearóid Ó hAllmhuráin and Alex Boatright​, and a 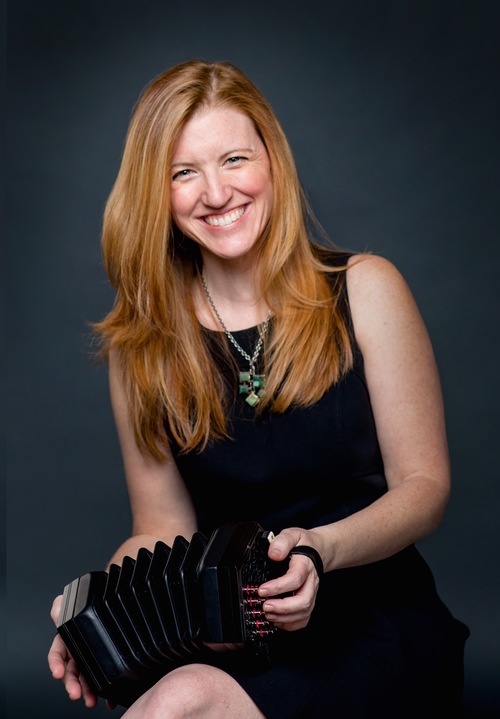 repertoire of dance music gleaned  from years of involvement in Baltimore’s Irish music community. An acclaimed teacher and ​sean-nós dancer​, Shannon has introduced more than a hundred students and young performers to Irish traditional culture, earning for herself a reputation throughout Mid-Atlantic America as an educator, organizer, and performer.  Shannon’s classes are equally accessible to children and adults, and focus on honing technique, fostering musicality, and appreciating the nuances of great playing and great dancing.

Shannon runs her own businesses, Shannon Dunne Dance and Camp Shenanigans, in Washington, DC, and is the dance director of CCE Mad Week in Silver Spring, MD.  In 2014, she founded the Silver Spring ​Sean-Nós Dance Competition to promote sean-nós dancers in Maryland and DC.  She has performed as a concertinist at the Smithsonian, the Atlas Theater, the Washington Sound Museum, the Stolz Listening Room, the Washington Folk Festival, the Irish American Association Of North West Jersey,  and at many other venues as a dancer.  Her performances with Christylez Bacon, Graham DeZarn, Alex Boatright, the Kitchen Quartet, and the New Century American Irish-Arts Company have received attention throughout the Mid-Atlantic, and brought Irish traditional music to senators and civilians alike.  Shannon has a degree in medieval studies from the University of Notre Dame, and lives in Maryland with her son, Jack.