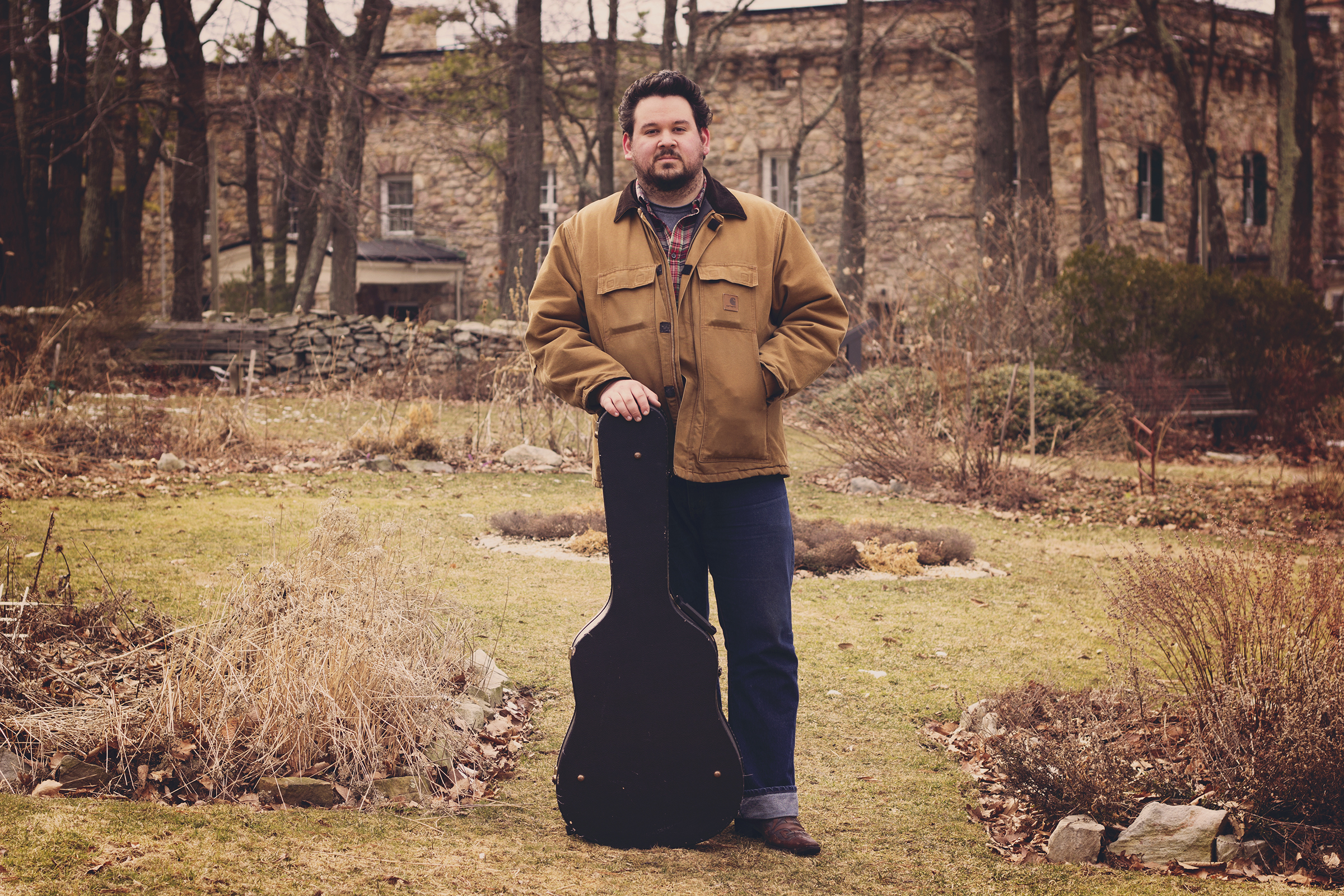 Acoustic guitarist & bouzouki player Sean Earnest’s sensitive yet eclectic musical style has taken him far from his native central Pennsylvania. He is among the most in-demand American Celtic musicians today and can be heard on stages up and down both coasts of the United States and all points in between. Sean spends most of his time in New York City where he can be heard playing and recording with some of the top talents of the genre. Having cut his musical teeth in the vibrant session scenes of New York, Sean honed his guitar and bouzouki craft whilst studying abroad at the University of Limerick‘s Irish World Academy of Music & Danceon a recommendation from Dr. Mick Moloney. Friendships forged across the length & breadth of Ireland lead to Sean’s 2009 tour with Oisín Mac Diarmada‘s hugely successful ensemble Téada. From 2009 to 2012 Sean worked with the legendary McPeake family of Belfast in bringing their signature sound to American audiences. Also in 2009, Sean began an ongoing partnership with one of the most exciting bands to come out of Scotland – the Paul McKenna Band – joining them for two highly successful tours of the U.S. and Canada. In 2012 Sean collaborated with Boston singer/songwriter Kyle Carey and violin player Andrew Finn Magill in ‘The Kyle Carey Trio’, a project drawing as much upon Kyle’s fluency in Scots Gaelic song as well as her interest in Appalachian poetry and American roots music. Sean continues to tour regularly with Téada as well as the Paul McKenna Band throughout the U.S. and Canada.

In the spring of 2011 Sean joined forces with three of the finest young Irish musicians in America – Isaac Alderson (pipes/flute), Dan Gurney (accordion), and Dylan Foley (fiddle) – to form the traditional Irish music supergroup The Yanks. High profile performances at Boston’s venerable Club Passim as well as the illustriousGlucksman Ireland House of New York University made the band visible to audiences at home in the USA as well as abroad in Ireland. The band recorded their debut album live during the summer of 2012 with a release following in the spring of 2013. Initial digital sales on Bandcamp drove The Yanks to the #1 overall sales spot on Bandcamp worldwide, even edging out rap artist Ghostface Killah of the Wu-Tang Clan. The band have crisscrossed the nation on several successful tours, most recently appearing at the Austin Celtic Festivaland NYC’s Lincoln Center.

Also in 2013, Sean joined iconic Irish-American vocalist Cathie Ryan as her official guitarist for several memorable concerts. Sean’s song accompaniment skills were also tapped by Portland, OR singer Colleen Raney for the nationwide release tour for her latest album ‘Here This Is Home’. Rounding off the year, Sean was also brought onboard as part of the band for the international touring show Women of Ireland, joining them for a nationwide tour.

Tracking for The Yanks’ sophomore album finished in January 2014 at the studio of Grammy award-winning engineer Glenn Barratt. The album will feature several guest artists including multi-instrumentalist Josh Dukes and longtime friends of the band Eamon O’Leary and Jefferson Hamer of the sensational vocal & acoustic harmony duo The Murphy Beds.

In this immersive course, students will acquire valuable critical thinking skills as well as pragmatic techniques enabling them to arrange tasteful accompaniment to Irish traditional dance music & song. An extensive sampling of the dance forms common to Irish traditional music will be covered, in addition to several songs for the more lyrically-inclined. A comprehensive approach will involve distilling the subject down to its two core essentials – strummed rhythmic accompaniment and harmonic counterpoint. Class will be conducted with use of the plectrum, although those favoring a fingerstyle approach are free to do what comes naturally for them. Prospective students should be familiar with fundamental guitar concepts and ideally with DADGAD tuning. While this programme is tailored to players of the acoustic guitar in DADGAD tuning, the concepts are transferable to the bouzouki in GDAD tuning. Those who favor Standard or other alternate tunings such as Dropped D are welcome to customize their experience by auditing the class academically and extrapolating the theory to their own playing on their own time.

Emphasis will be given to both the theoretical (which chords and techniques are suitable where, and why) as well as the practical (how to execute technique) aspects of style. Particular attention will be given to transposition of basic first position chords to other fretboard zones through the use of the capo, yielding a full arsenal of timbres and tones at the player’s disposal. The goal of the week’s work is to produce students capable of exercising their own innate creativity. This is achieved through technical mastery as well as an honest evaluation of the philosophical implications of accompaniment, e.g. the role of accompaniment in Irish traditional music, whether or not there is objective ground within the medium, what is meant by the term “traditional”, etc. By week’s end the student will have been presented with the tools and confronted with the questions with which to assert his or her own voice, the intended result being always to broaden one’s perspective and increase awareness.

Students should come prepared with their preferred plectrum(s), writing materials, and an audio recording device if desired. The use of a capo will allow players to utilize their instruments’ full dynamic potential. Multimedia resources may be available but students are encouraged to actively transcribe all material themselves.