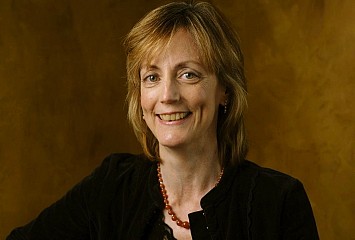 Mary Coogan was born in New York and raised in a musical household. She is a founding member of Cherish the Ladies and has been with the band for over twenty-five years. Her mother came from Castlerea in County Roscommon and her father Jim was a great accordion player whose parents emigrated from County Waterford. She is a self-taught guitar, mandolin and bouzouki player. In addition to her musical talents, Mary also holds her masters degree in education and was named in Who’s Who among American Teachers. She has a number of recordings including one with her father, but her close ties to children pushed her to make a wonderful collection of music with her great friend Kathy Ludlowe for our young fans entitled, The Big Ship Sails. She continues to teach music to children in New York and is a highly sought-after accompanist. Acoustic Guitar Magazine named Mary one of the top four Celtic guitarists in Celtic music.