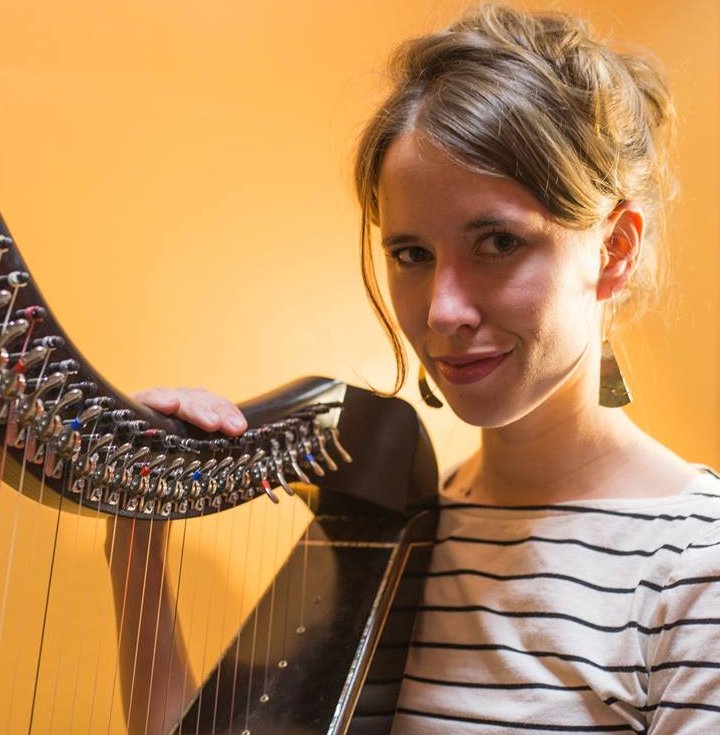 Described by one critic as “a phenomenal harp player who can make her instrument ring with unparalleled purity”, Maeve Gilchrist has taken the Celtic harp to new levels of performance

Born and raised in Edinburgh, Scotland, and based in Brooklyn, New York, Maeve‘s innovative folk-jazz fusion approach to her instrument stretches its harmonic limits and improvisational possibilities. She is as at home playing with a traditional Irish folk group as she is with an American string band or a contemporary ensemble.

She tours internationally as band leader or soloist and has appeared at such major music events as Celtic Connections in Glasgow, Tanglewood Jazz festival, the World Harp Congress in Amsterdam and the opening of the Scottish Parliament. She has played with such luminaries as Kathy Mattea, Esperanza Spalding, Tony Trishka and Alasdair Fraser.

Maeve has released four albums to date, including her most recent recording, 20 Chandler Street, on Adventure Records, with bassist Aidan O’Donnell and fiddler Duncan Wickel, while on her own label her solo Ostinato Project is a beguiling exploration of the possibilities of her instrument.

Maeve also teaches widely, and is the first lever harpist to be employed as an instructor by Berklee College of Music in Boston, where she graduated. She has written several instructional books published by Hal Leonard Music.

If there’s a soundtrack to a fine summer, this is it. If there’s a musician who can bask in tradition yet immerse herself musically in the multicoloured experience of life, it’s Gilchrist – Siobhan Long, Irish times