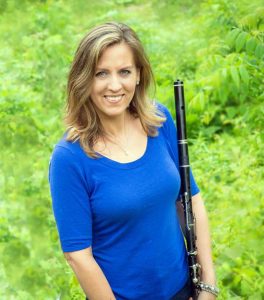 Laura Byrne is highly regarded on both sides of the Atlantic for her mastery of the Irish traditional flute and whistle. Laura began studying flute at age 9 in her native Vermont, continued her studies at the Peabody Conservatory of Music in Baltimore where she earned Bachelor’s degrees in both flute performance and music education in 1995. Though classically trained, she early on chose to devote her musical career to Irish traditional music, committing herself to the playing of the older generation of musicians through her many trips to Ireland and from close study with emigrees to the United States. Laura has performed at countless festivals, ceilis and concerts in the U.S., Canada and Ireland including venues such as the Kennedy Center, the Smithsonian Folk Festival, The Birchmere, several National Folk Festivals and the Catskills Irish Arts Week in East Durham, NY. She performs frequently with Baltimore greats Billy McComiskey, Donna Long and Jim Eagan. Laura was featured on the Eva Cassidy remix album Wonderful World (2004). In 2014 Laura was a featured performer with the English choir Libera at the Basilica of the National Shrine of the Immaculate Conception in Washington DC which was released as a DVD recording and broadcast worldwide. Laura has recorded two solo albums Tune for the Road (2005) and Lucky Day in (2010) which received great reviews, and were highly praised by Irish Music Magazine.  She is a member of The Old Bay Ceili Band which released an album Crabs in the Skillet (2011). She most recently released a duo recording with New York based fiddler Rose Flanagan Forget Me Not (2014). Laura is a two time grant recipient of the Maryland Traditions Master Apprentice award – as a ballad singer apprentice in 2007, and then in 2011 as a Master of flute. She received the Individual Artist award in performance from the Maryland State Arts Council in both 2010 and 2011.  A sought-after teacher, Laura has taught at the Catskills Irish Arts Week in East Durham, NY, Goucher College, and at workshops across the U.S. For more on Laura visit www.laurabyrne.com. Laura is also founder and director of the annual Baltimore Irish Trad Fest (www.baltimoreirisharts.com.)

Advanced: This class will focus on improving flute technique, tone, advanced ornamentation, phrasing, different Irish traditional regional styles, practice techniques, variations and repertoire. Students will learn a variety of tunes during the week, incorporating advanced ornamentation and variations. Bring your instrument and a recording device.
Basic: In the basic class we will focus on tone, breathing, technique, basic ornamentation, phrasing, rhythm, repertoire, different types of tunes, practice techniques and learning by ear. Students will learn to play several basic level tunes during the week. Bring your instrument and a recording device.