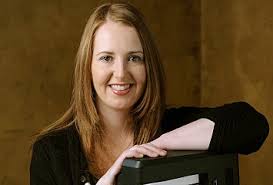 KATHLEEN BOYLE from Glasgow, Scotland comes from a family steeped in the traditional music of Donegal. Kathleen is a talented pianist and accordion player and has won All-Britain titles on both instruments and All Ireland honours on the accordion. In 1999, Kathleen made history as the first graduate gaining a degree in traditional music from the Royal Scottish Academy of Music and Drama. She is in great demand as a teacher and lecturer on both accordion and piano at the Royal Scottish Academy of Music and Drama, the National Centre of Excellence in Traditional Music and The Irish Academy of World Music in Limerick University.

Kathleen is a member of the bands Dòchas and Cherish the Ladies and has toured the UK, Spain, France, Ireland, Italy, Denmark, Austria, Germany, Sweden, America, Canada and China. Dochas, who have released two albums to much critical acclaim were voted best new comers at the 2004 Scots Traditional Music Awards and nominated as best folk band in 2006.

Kathleen has been the pianist with Cherish the Ladies since 2005. She appeared with the band on MSNBC’s Imus in the Morning show, playing for over 6 million listeners and viewers; they have performed alongside dozens of symphony orchestras, and were ranked in the Top 100 Irish Americans by Irish America Magazine. In May 2010 they performed for Bill Clinton and Bono at the Lincoln centre in Manhattan at the annual American Ireland Fund event. Their album “Country Crossroads” released in 2011, was recorded in Nashville and featuring guest stars Vince Gill, Nanci Griffith and Maura O’Connell. In 2013 Cherish the Ladies won a mid Atlantic Emmy for their PBS special “An Irish Homecoming”.

Kathleen is also in great demand as an accompanist and has been recently working and touring with singers such as Mary Black, Frances Black, Heidi Talbot, Julie Fowlis, Michelle Burke, The Black Family, Don Stiffe, Maura O’Connell & Rachel Walker.

Kathleen’s first solo album “An Cailin Rua” or “The Red Haired Girl” was released to rave reviews in 2008. Her latest recording “Back to Donegal” is an album she recorded with her father and family members.

The primary focus of this class is piano accompaniment. We will introduce the player to a variety of different traditional tune types as well as how to accompany the tunes taught when playing with others. We will also develop the players understanding of chord progressions and teach you how to make up your own accompaniments