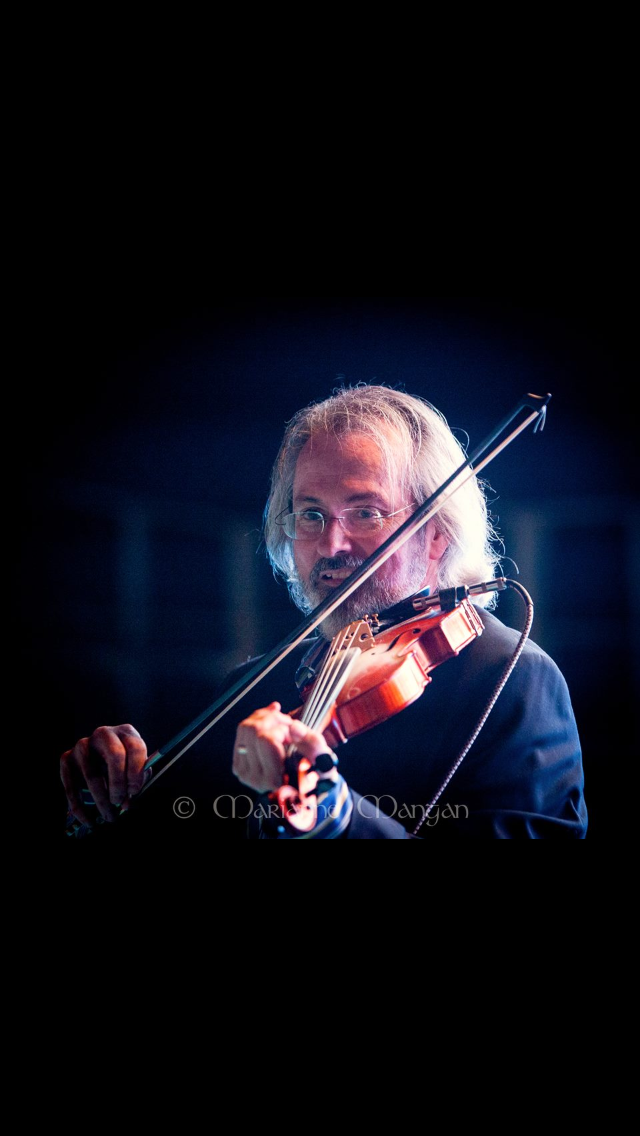 John Reynolds is most often heard playing the fiddle with his wife flute and whistle player Margie Mulvihill in the “Pride of Moyvane Ceili Band”. For many years, they both had successful musical careers, but recently they have been performing at céilithe and festivals and are a very popular band in the New York Tri-state area known for their lively and rhythmic percussive style, perfect for dancing. For the past few years John and Margie have had great craic performing on Joanie Madden’s wonderful Folk and Irish Cruise and have been asked back for the May 2015 sailing.

John studied with the late Roscommon accordionist John Glynn after John’s untimely passing, with Pete Kelly. John spent countless hours growing up listening to Sean McGuire’s recordings and also those of Andy McGann and Paddy Reynolds. John was an early member of the Shannonaires, a ceili band that Pete Kelly taught and trained which competed in fleadhanna ceoil and toured in Ireland in the early 1970s. Influenced by Sean McGuire’s recordings and with Pete Kelly’s teaching and encouragement, John was a medal winner in the 1972 Fleadh Cheoil na hÉireann in Listowal, Co. Kerry. Throughout the 1970s and the early 1980s, John played music for dancing competitions at feiseanna in the northeast, most often playing with Pete Kelly or Paddy Reynolds. In the early 1980s, John started an almost 20 year association with Dublin-born ballad singer Michael Jesse Owens – a gig that started out by filling in for box-player John Nolan, who had been a fellow John Glynn student. Aside from playing lively trad music with Jesse’s band, John developed his skills for backing up Irish and folk ballads and songs of all types. Those skills have been for many years – and still are – in demand in the ballad and showband scene in the New York area.

In the late 1990s, John joined the traditional group Morning Star – where he met his wife Margie Mulvihill – one of the founders of the group.  For a few years, Margie and John — later joined by John Nolan on the box – backed up by guitar-player/singer Mary Courtney played to audiences in New York and at festivals and concerts up and down the eastern seaboard.  They recorded two CDs — Gra and Away Ye Go, Now.  After that group disbanded, John and Margie focused their attention on their family, teaching music (Margie teaches and John helps!) and also started the group the Pride of Moyvane – named after a reel written by Margie’s teacher and cousin Martin Mulvihill.