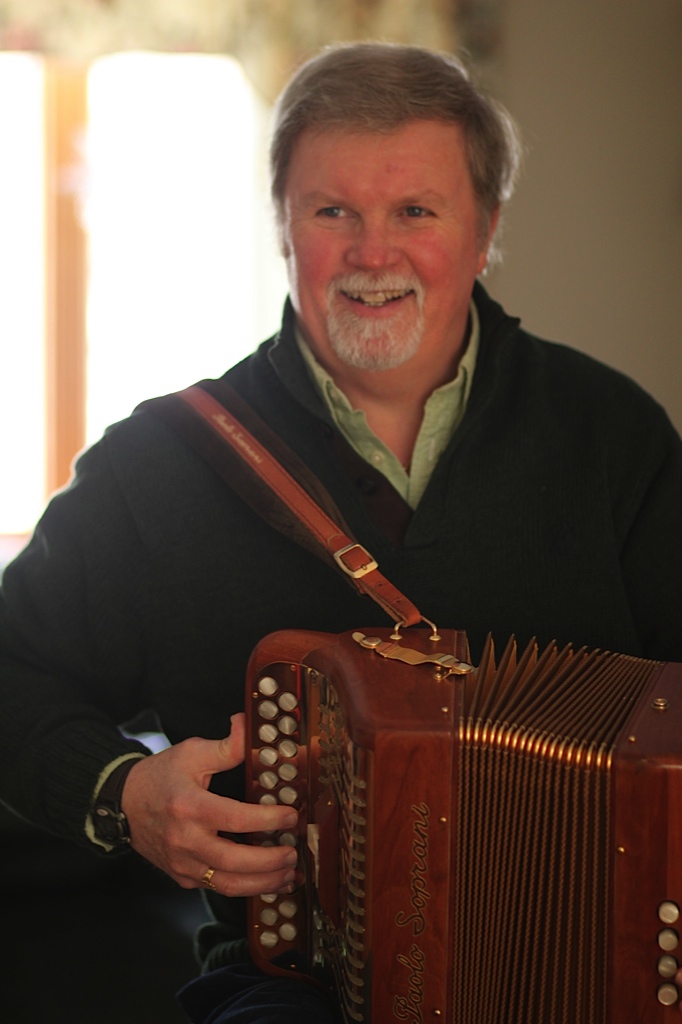 John Nolan was born & raised in the Bronx section of New York. His first introduction to Irish music was listening to his father playing a Baldoni D/C# box. His first formal training came from John Glynn and later Martin Mulvihill, but he later learned and continues to learn from all musicians through sessions, recordings and close personal friendships. John started his musical career in the Catskills in the mid 1970’s with the great fiddler Pat Keogh. In August of 1982, he became the first American to win the Senior All-Ireland Champion on both the two-row and three-row button accordions. John has been featured on over a dozen recordings, including two of his on production – “A Taste for the Traditional” and “A Rake of Reels”. Then in 2009, he was inducted into the Comhaltas Hall of Fame. Besides keeping a busy performance schedule, John currently teaches, sells accordions and has developed a tremendous business – “Buttons & Bellows” –tuning and repairing accordions from his home in Rockland Co. where he lives with his wife Mary, daughter Maura & son Brendan. For further information, please visit: www.AccordionWizard.com

The intermediate class is designed for those players who have some experience learning and playing a few tunes. We will touch on a range of tune categories, namely, jigs, reels, hornpipes, etc. During the week we will discuss ornamentation, variations and simple left hand accompaniment. I highly recommend that students bring a recording device to help remember the tunes after the end of each class. Bring your questions & your accordions and be ready to learn!!