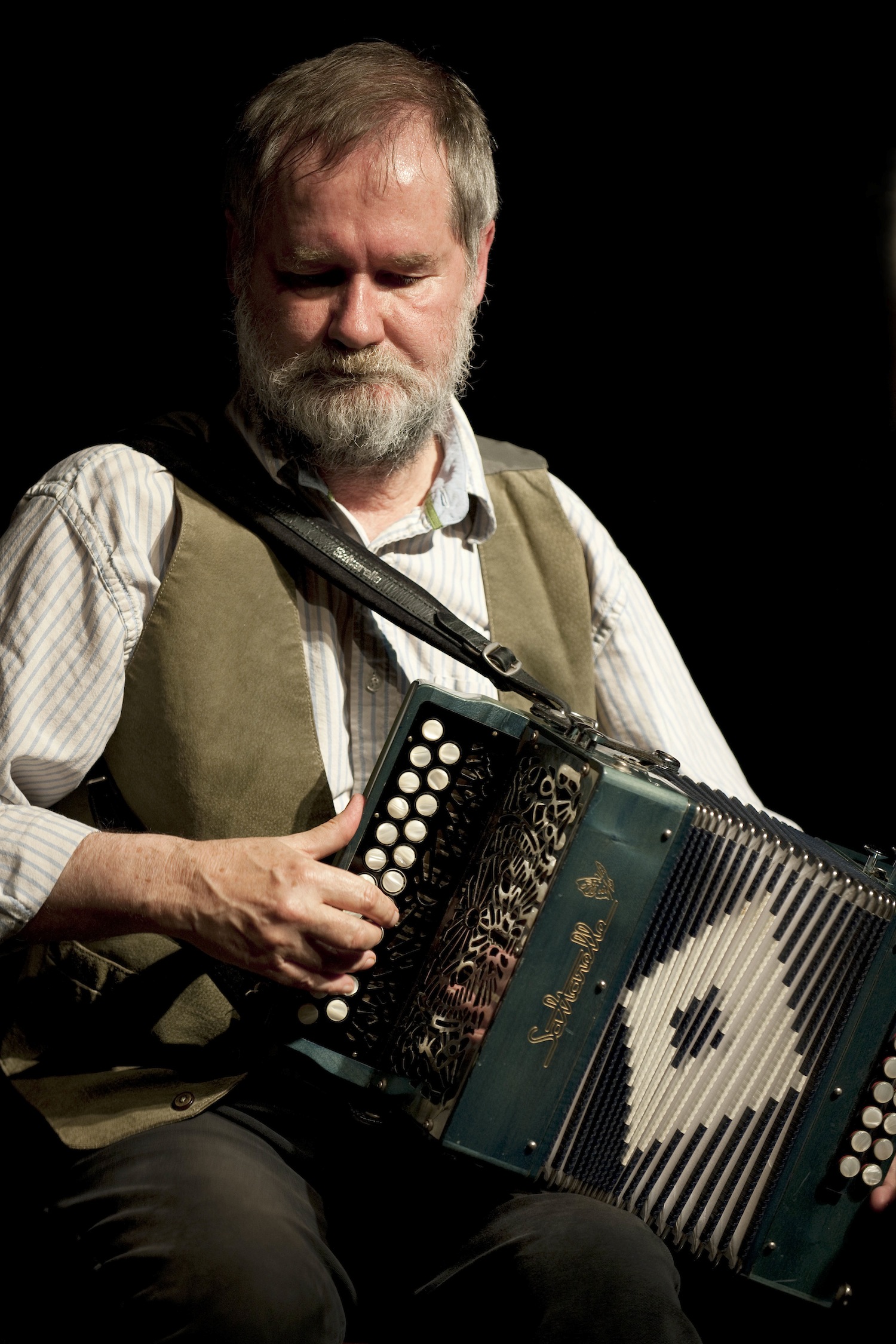 The words ‘Button Accordion’ and ‘Jackie Daly’ are synonymous in the world of Irish traditional music. Described in the New York Times as “probably the best accordionist in Ireland”, Jackie was born in Kanturk, Co. Cork, where he grew up surrounded by the rich music tradition of Sliabh Luachra. One of the greatest influences on his early musical development was Ballydesmond fiddle player Jim Keeffe, a pupil of the renowned Sliabh Luachra fiddle master, Pádraig O’Keeffe. Over the years, Jackie’s lifelong affinity with fiddle music has resulted in highly-acclaimed albums featuring fiddle and accordion – with the late Cork-based musician Séamus Creagh, with Kevin Burke, and now with Matt Cranitch. Jackie was a central figure in some of the most dominant groups playing Irish music in recent times. His performances with bands such as DeDanann, Patrick Street, Buttons and Bows, Arcady, Reel Union and Kinvara all attest to his wonderful music and versatility. However, it is the style and repertoire of the Sliabh Luachra tradition that has made the most significant impression on his accordion-playing, a fact well exemplified through his performances and recordings. He has toured and taught extensively and internationally. In 2005, he received the TG4 Gradam Ceoil (National Music Award), and, in 2009, the Kanturk Arts Festival Award.

In line with the on-going re-vitalization of Arts Week, we have decided this year to create the position of Artist-in-Residence. This initiative represents another milestone in our continuing commitment to all that is good in Irish traditional music. The first incumbent in this new role will be the incomparable Jackie Daly, who has been a long-time member of our faculty. Last year at the Fall Series weekend, he was honored for his “contribution and preservation of Traditional Irish music.” This year he will not teach an individual accordion class, but will be available to visit classes given by other teachers. A wider range of students will thereby gain access to his vast wealth of tunes and information. We are looking forward very much to this new development as our week continues to grow.