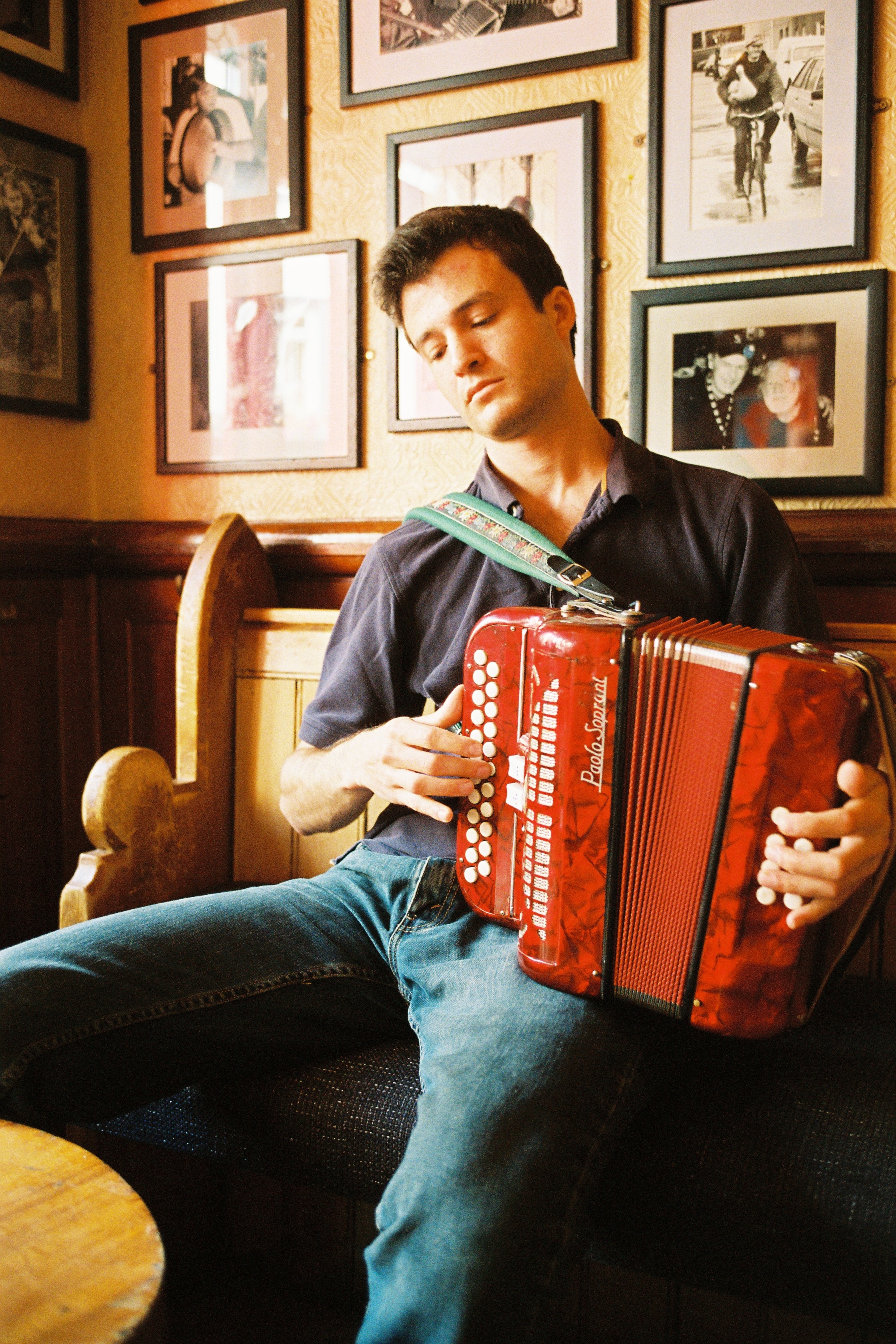 26-year-old Dan Gurney, born in upstate New York to artist parents, first picked up an accordion by chance in a toy store. He learned Irish music from Galway-born concertina player Father Charlie Coen. Over the years he has also been heavily influenced by Billy McComiskey, Jimmy Noonan, John Whelan, Joe Derrane, and John Nolan, among many others. After graduating from Harvard University in 2009, he lived in Galway for a year playing with the likes of Dolores Keane, Johnny Ringo McDonagh, Mick Conneely, Ronan O’Flaherty, and Brian McGrath. He has appeared on Public Radio International, at the International Accordion Festival, and has won nine medals at various Fleadh Cheoil music competitions.

Traditional Irish Music on the Button Accordion is his debut album. It features Brian McGrath on piano, and was named to the Irish Echo’s Top 10 Albums of 2011. He is also a member of The Yanks, who reached the #1 Top Seller position on Bandcamp.com with their debut album, and have their second album coming out this spring, with a launch scheduled for CIAW 2014 as well.

CLASS DESCRIPTION
My class this year will be oriented to beginners on the B/C button accordion. It will be especially suited for those who can play a few notes and are familiar with the basic workings of the instrument. We’ll learn some simple tunes, go over scales and ornamentation, and cover all the basic fingering techniques. We’ll have a good time without any pressure. I’ll also play some recordings in class so you can get an idea of the great accordion players from past and present. All ages welcome. Bring your B/C accordion and some kind of audio recorder.
Menu