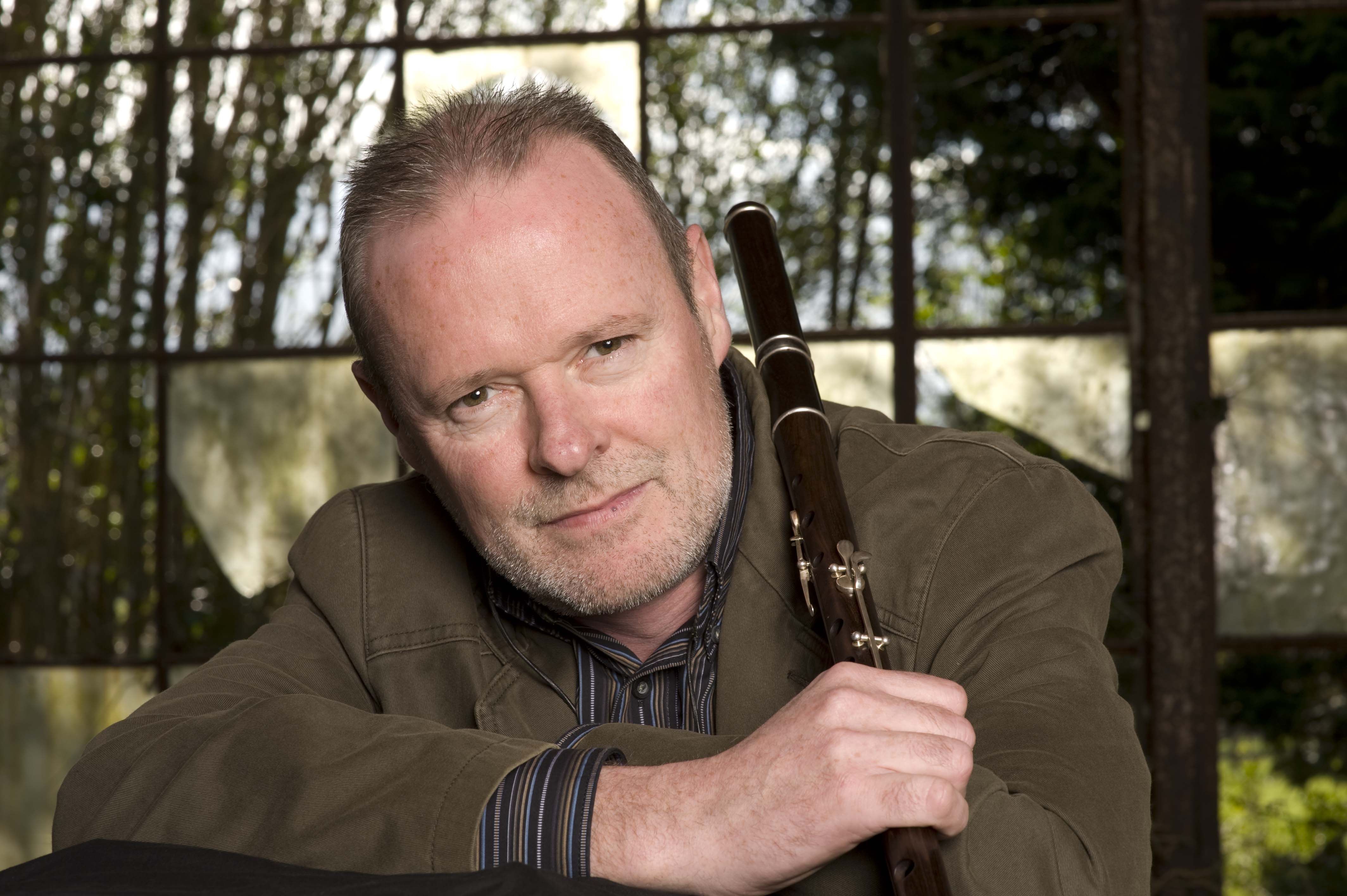 Born in Cork in 1961, Conal Ó Gráda has long been at the forefront of traditional Irish flute-playing and truly has one of its most distinctive sounds. A multiple All Ireland winner in his youth, Conal’s debut recording ‘The Top of Coom’ in 1990 is still regarded as a seminal recording of flute-playing. Conal takes the basic elements of traditional music and forges them into a personal style which, once heard is unforgettable. His fast, rhythmically precise flute-playing has an earthy raucous tone reminiscent of the saxophone and is driven by a spirit from the true heart of traditional music. His second solo recording ’Cnoc Buí’ was released in 2008 to widespread critical acclaim.

Conal teaches flute privately in his native Cork and is also a regular teacher at summer schools worldwide, including The Willie Clancy Summer School, Catskills Irish Arts Week and Blas. He is a co-founder of the flute band ‘Banna Fliúit Loch a’Bhogaigh’ and is chairman of the traditional flute festival ‘Cruinniú na bhFliúit…the Flute Meeting’ which runs annually in Baile Bhúirne, Co. Cork. He is a member of the band The band Raw Bar Collective, with whom he released a new CD in February 2011 called ‘millhouse measure’s’. More recently, in 2012, Conal published a book on flute technique and styles called An Fheadóg Mhór.

My approach to teaching (at all levels) is based on developing the basic building blocks of technique (melody, breathing, articulation, improvisation) in a progressive and logical fashion. My aim is that the lessons learned can be applied by the student to their entire repertoire once they go home. I teach by ear and/or using notation (on a whiteboard) depending on pupil preference. The pace of the class is matched to the level being taught.

I expect plenty of interaction and chat with the students and an important goal is that we all have fun while learning.