Biography:
Cathal Ó Curráin is a traditional musician and singer from Gaoth Dobhair, Co.Donegal. From an early age Cathal 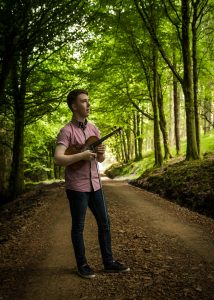 was immersed in music from attending regular sessions in Teach Huidaí Beag with the likes of Mairéad agus Ciarán Ó Maonaigh and from the yearly classes in An Crannóg. Hailing from a family that are best known for their singing, Cathal learned his songs from his aunties Caitlín and Bríd Joe Jack. Performing from a young age with An Crann Óg, Cathal has travelled the world with different bands to America, Australia, New Zealand and all throughout Europe. He is currently studying Music and Irish in the University of Limerick. He has recently recorded an Album with The High Seas, The Conifers and has guested on The Friel Sisters album “Before The Sun”.
Class Description:
I will be teaching will strongly based on music from Donegal with tunes consisting of Highlands, Mazurkas, jigs reels etc.
Menu