Cathal Lynch is an Irish traditional singer from Co. Tyrone, with a specialist knowledge of songs in the English language. As a 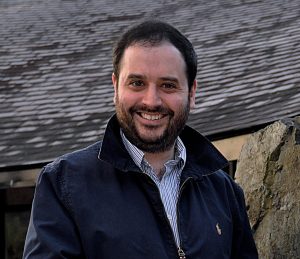 performer he has toured extensively throughout Britain and America. He has also produced two solo singing albums, You Rambling Boys of Pleasure, (2002) and The Jolly Roving Tar, (2011).

Central to his singing has always been how The Raw Bar was passed down and preserved, from generation to generation, especially in his native Ulster. He has always sought to find the origin of the song and share this knowledge through lectures and mentoring younger singers with the hope of” bridging the gap”.

His passion for bridging the gap between singers of different generations led him to organize a series of singing recitals in Co. Cavan. (2010-2012)

I will deal with different aspects of the Ulster Song tradition such as ;
the themes that run through the songs and the historical background of them.
I will look at songs from each of the 9 counties of Ulster and also examine
the different regional styles shown throughout.
Menu