For those of you that would like to know more about the instructors and presenters that will be at the Catskills Irish Arts Week this year, please find a few biographies below.

Experience: Born in County Mayo, Ireland. Grew up on a farm. Employed in the Irish Civil Service before going on to study for the Catholic priesthood. After BA at University College, Dublin, and four years study of theology at Holy Ghost Missionary College, Kimmage, ordained priest. Served as a missionary in Brazil. Resigned the priesthood and went to the United States. Worked for IBM as a software engineer. Writer, 1994 – present. Lives in New York, USA with wife Jennifer.

Walter Keady’s publications, all set in Ireland, include: 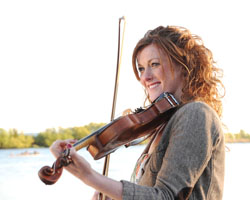 Experience: Bernadette is a full time Irish language secondary school teacher at home in Ireland. A fiddle player from County Meath, Bernadette first came to the Catskills Irish Arts week to enjoy the music and sessions with family and friends. She has travelled throughout the world playing and promoting the Irish Arts. Competing successfully in numerous Fleadhanna in her youth, Bernadette then travelled as Fiddle player with Michael Flatleys Lord of the Dance. She has recorded most recently with the trans-Atlantic band NicGaviskey, who released their debut album ‘Home away from Home’ in 2011. Bernadette comes from a musical & dancing home, and also step dances regularly. With her experience of teaching the language, and her understanding of its intrinsic links within the music, she developed a recognition course to highlight those links to music enthusiasts at CIAW. Combining music & Irish energies, Blas Gaeilge was developed to expose Irish enthusiasts to the basic formations of the Irish language. This course has been delivered with great success for the past 4 years.