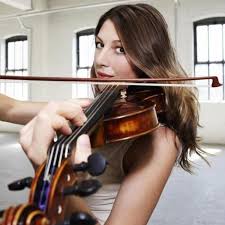 Athena Tergis hails from San Francisco where she released her first album at age 16.  Shortly after, she moved to Ireland to follow her musical passions where she lived for over 3 years playing with groups such as the Sharon Shannon Band.  Her musical journey brought her to London and then on to New York where she starred inRiverdance on Broadway for the full year and a half run of the show.  Her talent for many genres of music attracted the attention of Bruce Springsteen’s sax player, Clarence Clemmons with whom she toured for over a year.

In 2001 Athena joined up with Mick Moloney, John Doyle and Billy McComiskey in the Green Fields of America playing Traditional Irish tunes and songs at they’re best while exploring the music’s journey to America. The Green Fields of America’s self-titled album was on Compass records, as was Absolutely Irish! a documentary about 2 special concerts produced by Paul Wagner for PBS. Also on Compass records, Athena Tergis’ solo album ‘A Letter Home’ was produced and accompanied by John Doyle.

In 2009, Athena performed as a featured soloist in a 49-city tour of the Dublin Philharmonic Orchestra.   With a tour of China scheduled for 2010, Athena began composing, working with several top classical composers and arranger.

Now living in the village of Montalcino in Tuscany, central Italy; Athena and husband Mario Bollag have built a state of the art recording studio called TerraLuna Studios in the hills of Tuscany www.terralunastudio.it .  While still touring regularly, Athena is also very involved in running their winery,Terralsole.

Violin to Fiddle:  What makes it Irish?  Irish Fiddle style from a Classical Perspective

A student of the Susuki method of violin before moving to Ireland and emerging herself in the music, Athena Tergis has a rare gift for teaching the nuances of Irish traditional style and bowing to players transitioning from classical training.  Her teaching style is immersive, encouraging players of all levels to release tension through healthy posture, relax their bow arm and find the rhythmic pulse in the music.  Ear training comes naturally throughout the class and sheet music is provided for all exercises and tunes with bowings for reference after class.

Song accompaniment:  Support and compliment a song without overpowering or dominating the singer.

Open to all melody players

With over 25 years experience playing alongside singers, Athena Tergis is known for her sensitive and imaginative accompaniment to songs.  This class explores ways of internalizing melody and lyrics “on the fly” and tools for offering support, without being overbearing and distracting from the essence of a song.  Focusing on tone, phrasing, dynamics and invention,  this class is open to all instrumentalists seeking to enhance, rather than dominate a song and offers players a safe place to explore new ideas and techniques.  The class also offers tools for creating imaginative instrumental breaks in songs as well as tools for creating a subtle foundation or pad to give confidence and freedom to singers.