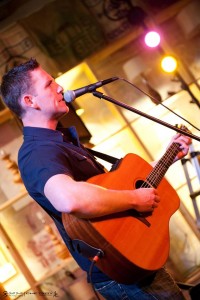 Mickey Coleman’s talent for penning songs, which in some way or another have shaped his life and which have captured the hearts of many in his live performances, has been well documented in songs such as ‘The Brantry Boy’, ‘My Coalisland Girl’ ‘The Holylands Belfast’ and ‘Kilkeel Fishermen’.

Mickey has released his much awaited third album “Last Glance” In this album his thoughts have been transformed into verse with his poetic and artistic talent he has written these wonderful songs.

A former GAA all-Ireland medallist, (2003) Mickey comes from a background of artists and musicians. His mind is as free and determined as the eels that travel from the Sargasso Sea each year to reach the shores of Lough Neagh where Mickey was brought up in Ardboe Co Tyrone.

His fine voice reaches everyone who listens. Mickey has shared the stage with some of the world and Irelands top folk artists such as The Chieftains, Cara Dillon, Francis Black, Liam Reilly and Bagatelle, Steve Cooney and many more.

We are privileged to introduce this young man to the world stage of ground-breaking singer/songwriters.