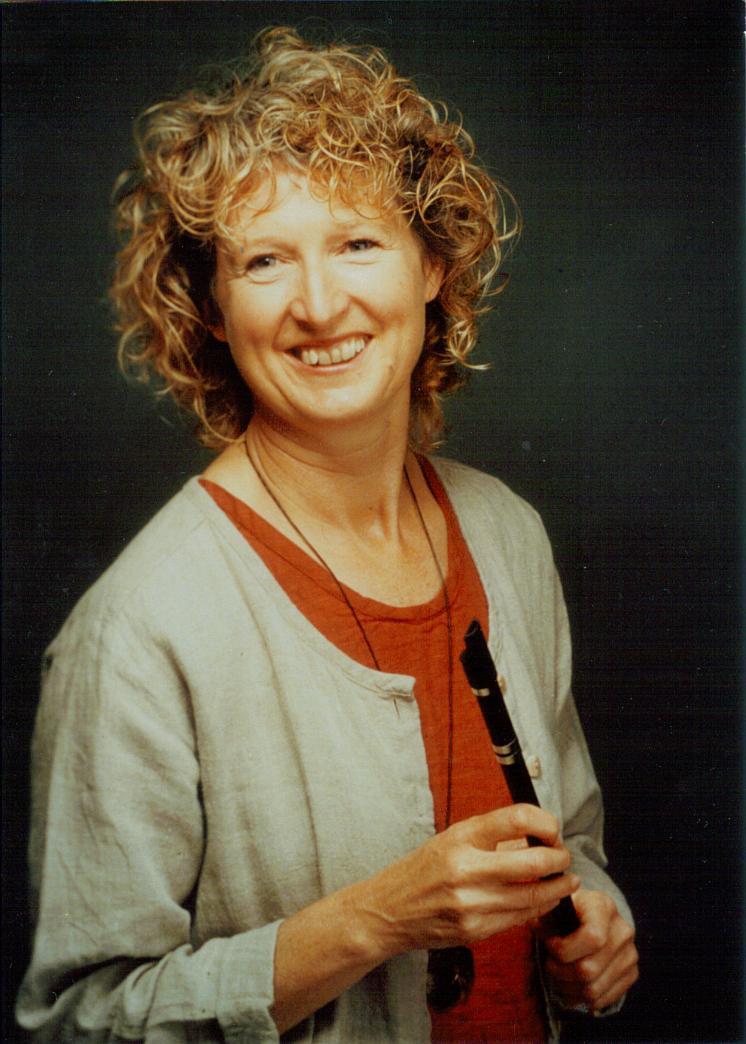 Mary Bergin – ‘Just about the best Tin Whistle player this century’ is how the Irish Times referred to Mary in a recent interview. She was born into a very musical family and began playing at an early age winning many awards in Oireachtas and Fleadh Ceoil competitions, including the All-Ireland Championships at Junior and Senior level.

Mary’s first solo album ‘Feadóga Stáin’ brought out in 1979, holds its place as a classic in latter-day traditional music. Her second solo one in 1992 was referred to as having Biblical status with fans of Celtic music.

She received an ‘Honarary Diploma in Music teaching’ from C.C.E. in 1980 and subsequently tutored on the C.C.E. Music Teaching Diploma Course.

She is a founding member of the group Dordan playing a distinctive mix of Traditional and European Baroque music achieving wide acclaim and receiving the ‘National Entertainment Award’ for Traditional Music. Together they have released 4 CD’s

In 2000, Mary herself was awarded the prestigious ‘TG4 Traditional Musician of the Year Award’

Through Music Network (funded by the Arts Council), Mary has acted as Facitator and Musician in their “Music in Secondary Schools” projects in Tallaght and Darndale and in “Music in Healthcare” projects in Tullamore, Mountmellick, Athlone and Mullingar.

Mary regularly gives private Music Classes to adults and children, including preparation for Junior and Leaving certificate examinations. and also intermittently tutors the BA and MA music degree students in The University of Limerick.

Recently, Mary published a Tutorial for learning the Tin Whistle. Presented in three volumes it is a course of step-by-step lessons encompassing all aspects of whistle playing. Volume 1 and 2 are available and she is currently working on volume 3.

She continues to tour extensively in Europe, America and in Australia playing in concerts and festivals, and giving workshops and seminars.   She also gives masterclasses in many Universities around the world.

FOR THE CLASSICAL MUSICIAN – PM

These classes are for musicians who would like to play traditional Irish music but are unfamiliar with or have difficulty grasping the rhythms and nuances of the music. Traditional Irish music is not played exactly as it is written in standard notation – a factor that can cause confusion and frustration for many students.

The teaching method I have devised specifically addresses this challenge.  In the classes the many facets that give traditional music its distinctiveness are explored and interpreted, with particular attention being given to what I refer to as the ‘internal rhythm’ of the music – which I consider to be the essence of the music.

Essential techniques such as phrasing, ornamentation etc. are explained and demonstrated in the lessons and incorporated systematically into the tunes. In this manner students are guided through the intricacies of the music

traditional Irish music is melody based and the tunes, when mastered, are often played at a lively pace which may not suit all instruments.

My main focus is always on the techniques – breathing/blowing/articulation/ornamentation etc.  We improve all of these through working on specific tunes.  This generally means that we spend time ‘digging’ deep into those tunes.
That said we do end up with a number of tunes at the end of the week but we also try to apply what we have learned and improved on into tunes that the students already know.  That was I am sure that they have a thorough understanding of the techniques and can apply them themselves.
Menu