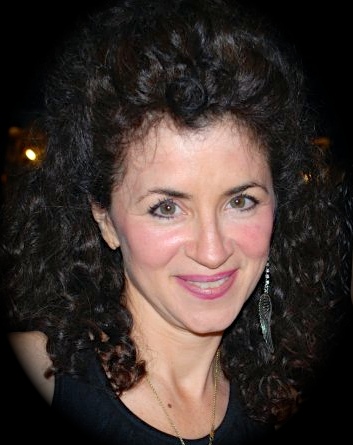 Margie has been part of the tradition since early childhood, her granduncle was popular dancing teacher Jerry Mulvihill, from Moyvane and their cousin, fiddle legend Martin Mulvihill.from Glin, West Limerick.  She was also influenced by her North Kerry parents Peg Holly from Asdee who’s family sang sean-nós and her dad, Mike Mulvihill from Moyvane who’d also rattle out an old song with the best of them.  Her parent’s now reside in the Catskill Mountains.   She visited often and moved back to her beloved Moyvane, Co. Kerry as a teenager for a spell, frequenting the fantastic West Limerick and North Kerry music sessions.  Her music is still most strongly influenced by those regions where her parents and music teacher came from.  She was also strongly influenced by Peter Grew, John Redmond, Desi Groarke, Marie Barret, Frankie McCormick, Joanie Madden and many other friends who encouraged her playing as well as the late great Mike Rafferty.  She studied and copied his flute playing and he made tapes for her of his music.  Mike’s music is the purest drop.

Margie eventually met up with Kerry singer Mary Courtney and along with childhood band mate Carmel Glendon, together formed the group Morning Star.  They played festivals and concerts all over the country and even provided music for Harold Prince’s play Grandchild of Kings, movies like Saint of Fort Washington and too many gigs and sessions to remember over a twenty year period.  She eventually married band mate John Reynolds and if she thought she was busy with the music before, the duo hit the ground running.  The couple have been on TG4, RTE Fleadh TV, HBO series.  She is humbled beyond belief to have been inducted into Comhaltas Hall of Fame in 2011,  Turlough O’Carolyn award in 2012,  the prestigious Bardic Award at the Fleadh Cheoil in Derry 2013 as well as being honored by the Kerryman’s association in 2013, she believes it should be her  two brothers who are Lieutenant’s in the NYC fire department and hopefully soon to be Captains,  the hard working Police, nurses, nuns and most especially Priests who should be getting  honors.

She started teaching some local children the music and some songs at home.    Her reputation as an exceptional teacher grew quickly and in a way she never dreamed could have happened.  This experience teaching led her to playing at céilithe, a source of joy she and John participate in frequently with Pride of Moyvane Ceili Band.  She loves CIAW and while most of her time is spent teaching all year, she still looks forward to teaching every year at CIAW’s summer and fall series, playing for set-dancers and playing on Joanie Madden’s Folk and Irish Cruise which she is on for fourth year this May with husband John and the best of musical friends.  She is delighted to be in a place where we can play our music with and for the people we love.   When you feel at home, you’re having the craic and you’re among friends laughter and music.  What more could you ask for.

Margie is Chairperson of the Martin Mulvihill Branch CCE, her husband John is on the Mid-Atlantic board of officers.  She teaches with the Pearl River School of Irish music along with former Martin Mulvihill students Patty Furlong and Rose Flanagan. Together they have taken hundreds of students to Ireland to compete at All-Irelands with much success in both ceili bands and solos.   Although you can hear Margie (and John’s) musical influence in all of her students, it is most clearly found in the playing of Margie’s daughter’s Erin (fiddle, whistle and banjo) who runs the Erin Loughran School of Music and Arts , Blaithin Loughran (box, also member of Girsa) and Neidin Loughran (singer, songwriter, whistle, banjo, guitar) — and their son John Paul (fiddle, banjo, whistle).  They now have two new family member, daughter Erin’s husband Mickey Coleman, from Arboe Co. Tyrone a very popular and talented singer, songwriter and their son Mícheál.

We will start with getting an idea what “you” the student would like to get out of the class. We’ve already had a request to focus on how to properly play a hornpipe. I love these ideas and any others you may have, so please feel free to contact me at Reelwhistler@aol.com if there’s anything specific to your needs. We will focus on rhythm, phrasing, timing, flow (another biggie), pulsing, and breath control on the instrument. We’ll do some basic exercises to increase stamina (so important on flute).   We will be working on cuts, rolls and other ornamentation on flute. We will be going through the various types of tunes related to dance. This is dance music and weather it’s a hornpipe, jig, reel, slip jig, polka, or slide we must keep in mind that a dancer should be able to dance to each type of tune.   We will be learning the tunes by phrase but we will also provide music or ABC’s for the student who would like a tool to remind them of what we did in class. Please bring a recorder.