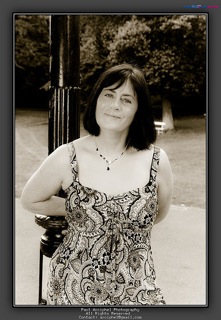 Mai Hernon was born in the heart of Coleman County, Gurteen, Co Sligo. It is the birthplace of Michael Coleman, a rich hamlet of Irish culture where singers, flautists and fiddlers like Peter Horan, Fred Finn, Seamus Tansey, abounded.

Mai grew up in a traditional musical family. To her it was part of life, just like the landscape she grew up with. As a teenager she would visit fleadhs and feisanna where her love of Irish music and culture continued to develop.

She soaked it all up and she became an accomplished set-dancer. She was dancing sets with the local men and women, when she was a child, and she attended workshops given by Connie Ryan at Tubbercurry when she was much older, which she enjoyed. Connie Ryan told her that she “was a great set-dancer”.  However, a back injury prompted her retirement from set dancing for a number of years. It was then that Mai discovered a new talent, her singing voice.

This discovery was made by Colm O’Donnell at the Tubbercurry South Sligo Summer School. Mai attended the summer school at which Colm invited her to sing for the class. Before this, Mai would always sing at home for her children, and for her own amusement. People were knocked out and moved by her extraordinary voice. Cathy Jordan from Dervish became a supporter and friend, and with Cathy’s encouragement, Mai made her debut stage performance as a featured singer at the 1998 Tubbercurry summer school.

In 1999, Mai was invited to host the singing classes and to lead the workshops at the summer school. Her workshops became very popular. Mai continued to develop this new talent. She used the roots of traditional music found in the Gurteen area. These were the kind of songs she could throw herself into, and bring forth an emotional depth unheard elsewhere. Alongside this tradition, people continued to give her songs, and soon Mai was hearing recordings by Dick Gaughan, Sandy Denny, and Andy Stewart. However, her first love was traditional unaccompanied songs.  Mai’s attitude to her material is refreshingly honest and short on cliché. Her talent lies in her ability to place herself within the context of the story, and thus she becomes a storyteller and the song becomes real and vibrant. It is never strained of forced, and never loses its real meaning.

Mai recorded her first album, Peace in Erin, in 1999, and it marked a stunning debut. Mai’s rich, strong, and melodic voice breathes new life into a collection of narrative ballads drawn from both traditional and contemporary sources. The focus is placed firmly on the voice and the song, with minimal musical accompaniment. Mai’s voice is rich and wonderful, dark and tender, and extremely passionate, yet devoid of overkill.

In the summer of 2006, Mai recorded and released her second album. This album, called Maifein, is just what it says. It’s just Mai and her voice and her songs: 14 tracks of powerful songs delivered in a lovely traditional style. A long time friend of Mai’s, the very well-known actor from Ireland, Mick Lally, writes on the sleeve notes that it was only in recent years that he had heard Mai singing, and he states that she delivers beautiful dulcet tones and put great feeling into her songs.

Her third album, which came out in 2012, is called Easter Snow, and it differs from the previous two, in that she has musical arrangements of six of the songs.

She has some of her musical friends on this album playing behind her singing:  Seamus Hernon on flute/whistle, Rodney Lancester on concertina, and Paddy Morgan on guitar. There are five songs arranged by Mai and the lads, and listening to them, you can hear the musicianship and talent of not just the singer but the musicians also. The arrangements of these songs are unique to this group. Also, Mai is joined by a guitar player called Rachel Scoazec from France, but now living in Dublin. They had recorded the Song called “Sally Sits A-Weeping” for a demo which they were going to use, so Mai decided to include it on her own album.

Mai has been a traditional singing teacher for the last 20 years at the summer schools in her area, and people have come from all over the world to learn from her. She has gone to England, Spain and America teaching and singing at concerts and folk clubs. She has been a special guest at festivals, and she has been in lineups with such people as Len Graham, Tim Dennehy, and Róisín White. She has played with the likes of Seamie O’Dowd, Rick Epping, and Dervish’s Brian McDonagh, Liam Kelly and Cathy Jordan.  She also toured with Ray Coen, who is a well-known musician in Ireland and indeed around England and Europe.

Mai is now based in Cincinnati, where she is part of a group called Celtic Font, and a four-piece all-female Traditional Irish band that also perform four-part harmony, called “Beeswing”.

I teach all ages and nationalities how to sing traditional songs from Ireland in a traditional style. That is, I teach them the air and give them the words of the songs from different areas of Ireland. I teach them how to ornament and how to use phrasing. I give them the history of the song. I teach them to project their voice, how to warm up and tell them the importance of this. I talk to them about the meaning of the songs that they are learning. I take different songs from different areas of Ireland and examine them with the pupils. I talk about different regional singing styles, from around the country, giving them examples of different singers. Most of my songs are very old, capturing stories and events of the time, but I have some more modern songs that are lively and funny. I teach just a few songs in Irish, if everybody is interested in learning.
I give the lyrics to my pupils, but I would suggest that they bring a recording device with them as I teach by ear.